Britney Spears’ son speaks out about his relationship with his mother: ‘This can be fixed’


Britney Spears‘ son has spoken out about his relationship with his mother, urging the media to understand there is “no hate” between them.

Speaking in a new documentary by filmmaker Daphne Barak, which will air on the UK’s ITV network, Jayden Federline said that he wants to repair things with his mum.

“It’s just going to take a lot of time and effort. I just want her to get better mentally. When she gets better I really want to see her again.”

READ MORE: The ‘terrifying’ reality of buying your forever home

Jayden, 15, is Spears’ youngest son, while Preston is older by one year, age 16.

The brothers famously didn’t attend their pop star mum’s wedding to new husband Sam Asghari on June 9, saying in the documentary that it didn’t feel like a good idea at the time.

“I’m not saying that I’m not happy for her, I’m really happy for them, but she didn’t invite the whole family,” Jayden says.

“If it was just going to be me and Preston, I just don’t see how that situation would have ended on good terms.”

Spears and her teenage sons have had somewhat of a public falling out following their failure to attend her wedding.

The Toxic singer accused her sons of “abandoning her” and “being hateful” in a now-deleted Instagram post.

This prompted her ex-husband and father of her sons, Kevin Federline, to share videos of Spears allegedly shouting at her sons when they were younger. These videos have also now been deleted.

READ MORE: Woman forced to call emergency when stuck upside down at the gym

Federline, a former dancer, and Spears met while she was filming the music video for her song Slumber Party. They married in 2004 and divorced in 2006.

It was revealed by the Mail on Sunday that Spears hadn’t seen her sons “in months” due to tensions.

It seems there has been tension for quite some time, given Spears was strictly controlled under her 13-year conservatorship for the majority of her children’s lives.

Spears does not have custody over her sons. This right was granted to Federline following their divorce in 2006 and her very public breakdown afterwards.

For most of their lives, Preston and Jayden have lived with Federline, his wife Victoria and their children. This includes Federline’s older children from a previous relationship, Kori, 20, and Kaleb, 18, and Federline’s children with Victoria – Jordan, 11, and eight-year-old Peyton.

In the documentary, Jayden reveals he and his brother are incredibly close.

“Preston and I are very united,” he reveals.

Jayden also took the chance to share his perspective on his grandfather, Jamie Spears, and his mother’s conservatorship.

“At first [Jamie] was just trying to be like any father, letting her pursue [her] dream of becoming a superstar,” he says.

“But I did think maybe the conservatorship went on too long. [That’s] probably why my mum was very angry about the whole situation – she was working for too long and I personally think she was. She should have taken a break and relaxed.”

He also allegedly claims his grandfather “doesn’t deserve all the hatred he is getting in the media.”

“I love him, with all my heart. He was just trying to be a father,” says Jayden. 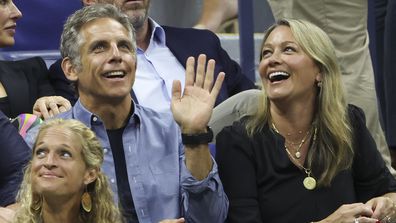