Liam Smith says Chris Eubank Jr has made a career off his family name while earning “stupid money” despite not yet winning a world title.

It is nothing Eubank will have not heard before, and Smith knows it, though there is undoubted substance to the reminder of his ongoing pursuit of world glory heading into a defining night for the pair on January 21.

Both in their mid-30s, the British rivals know defeat a fortnight from now would mark a major dent to their late career ambitions.

“Because of the name, his second name, because of his demeanour and his attitude, he’s made himself a big name in British boxing,” said Smith. “It is a high profile fight. Do I think he’s a better fighter than Jaime Munguia? No, so I don’t think he’s the second best fighter I’ve fought either. But time will tell.

“He’s somehow developed himself a big name in British boxing. The name he is, the money he’s made in boxing is crazy because I think he’s won a British title.

“He’s never won a world title and he’s made stupid money out of boxing and he’s a big name. So they’ve obviously done something right. But I think the name’s helped that massively.”

Smith is riding the momentum of three straight victories over Anthony Fowler, Jesse Vargas and Hassan Mwakinyo on the back of his upset loss to Magomed Kurbanov in Russia, while Eubank Jr enters the Manchester contest following last February’s unanimous decision win over Liam Williams and having since seen a prospective clash with Conor Benn cancelled as late as fight week.

With two contrasting personalities has come a matching narrative, that of both being unerringly adamant of their supremacy over the other. Outside of the ring, a composed Eubank Jr has been his line-casting self in search of bites by way of KFC jackets and an unfazed Smith batting jibes away in reply. 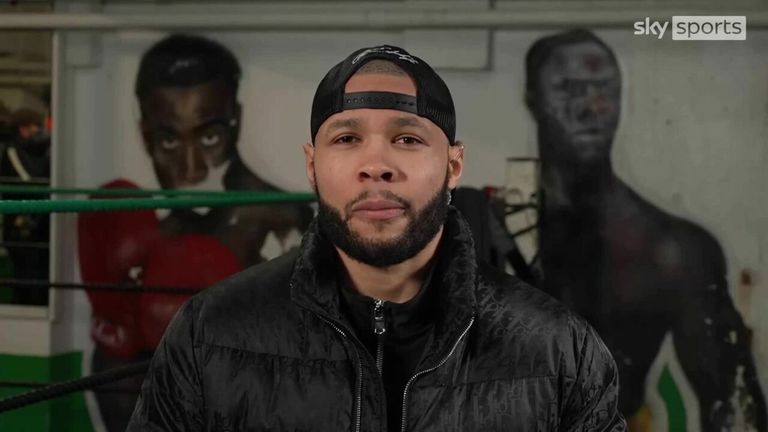 Chris Eubank Jr has revealed that he is only sparring eight rounds as he believes that is ‘how long the fight will last’ against Liam Smith on January 21.

“Nothing he ever does bothers me. He doesn’t bother me. There’s been better fighters, more dedicated pros so to speak, who have had very, very good careers, tough fights all the way through their careers, who haven’t made an eighth of the money Chris had made.

“That’s the sport and that’s like the business side to it. He’s played the game perfectly. He’s not my cup of tea but if I didn’t think that of him I’d be thinking you know what, good on you mate. You’ve played the game perfectly. But in the bigger picture, some of the pros who have had top careers over the years who haven’t earned half the money, that’s what I was saying with that.

“There’s been world champions, who have walked out of boxing without a penny and not because they blew the money but because maybe it weren’t there then and they weren’t a big name but they were still world champions.”