Alex Neil has been confirmed as the new Sunderland boss and will take charge of Saturday’s League One match at AFC Wimbledon.

The former Norwich boss was appointed as Sunderland’s head coach on Friday evening and has travelled with the team to London.

The 40-year-old has agreed a rolling 12-month contract and will be joined at the Stadium of Light by assistant head coach Martin Canning.

After overseeing the team’s final pre-match preparations on Friday morning, Neil said: “It is a privilege to be head coach of Sunderland AFC. Everything that I saw from the players this morning made me really confident and gave me belief, so what we now need to do is replicate that on a matchday – when it matters – under scrutiny and under pressure.

“Our task is to try and win as many games as we possibly can and at this moment in time we are focused on this season and this season alone.”

The League One club switched their attentions to Neil after talks with Roy Keane broke down, leading to the Irishman turning the job down.

Sunderland were extremely interested in Keane returning to the club after sacking Lee Johnson following a 6-0 loss at Bolton.

Neil, who was sacked as Preston boss last March, has promotion experience, having guided Norwich to the Premier League in 2015. Before Norwich, he had spent two years at Scottish side Hamilton Academical.

Sunderland are fourth in League One, two points off the automatic promotion places, but having played four games more than second-place Wigan.

The club’s sporting director Kristjaan Speakman added: “Throughout his career, Alex has demonstrated that he can make an immediate and lasting impact. 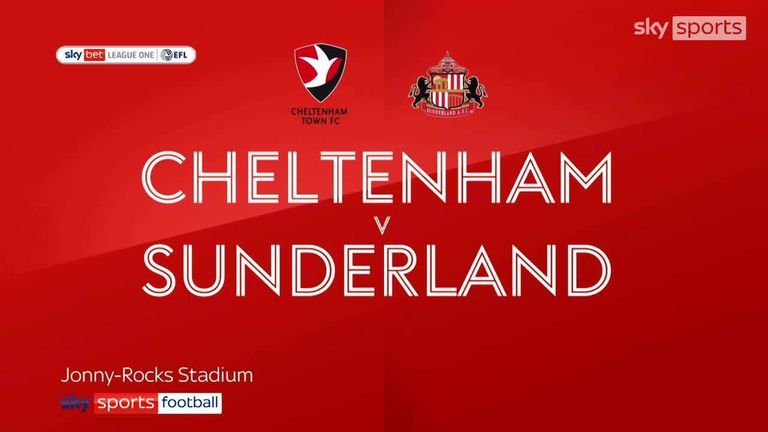 Highlights of the League One match between Cheltenham Town and Sunderland

“He expressed a clear vision on how he wants to take the team forward, which strongly aligns with our core principals, and we firmly believe that he can influence performances and results in the short term.

“We are grateful to our supporters for their patience throughout what has undoubtedly been a challenging period and thank Mike Dodds and Michael Proctor for overseeing our first-team programme in the interim.

“Now, our immediate priority is to support Alex and the team to ensure we deliver promotion this season and reward the faith continuously placed in us by our supporters.”

Mike Dodds had been in temporary charge, with Sunderland losing their last three League One games.